DASH Network: How We Got Here 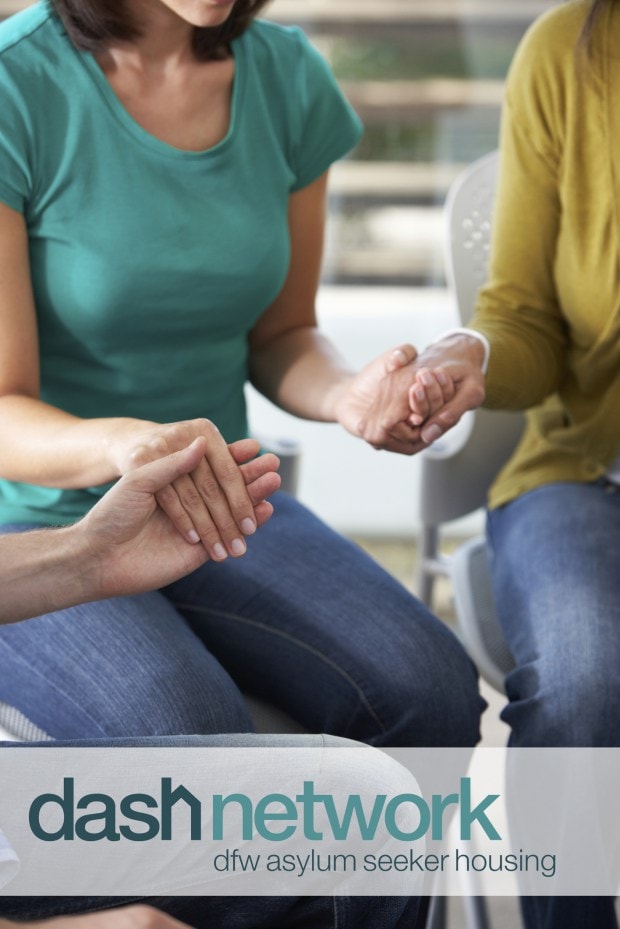 At the age of only 16, our friend from Eritrea thinly escaped with her life from Muslim persecution to seek safety and asylum status in America. She is a bright, lively girl full of smiles and potential.

Last week, a few friends and I picked her up to celebrate her 18th birthday at a local pizza place. We laughed, we ate and we shared stories. And on the way home, where we house another girl who escaped human rights abuses, I took a moment to reflect, to take it all in, and thank God for the way he has blessed the DASH ministry. As I look around, it’s hard to believe that just two years ago DASH did not exist.

How did DASH get here? Why do I spend my time hanging out with and helping asylum seekers? I get that question a lot, so I hope to answer it here in our first blog post.

I am starting this blog to tell you the stories from DASH, to share what I’ve learned along the way, and hopefully to help and encourage you in whatever capacity God has called you to serve others.

My introduction to refugees and asylum seekers

My first job out of college was doing communications for Center for Survivors of Torture (CST). CST is a nonprofit in Dallas that provides mental health counseling for survivors of human rights abuses. CST services both asylum seekers and refugees who have fled to America seeking safety from persecution.

Through my job at CST, I met many asylum seekers. Some of my clients worked as politicians, advocating for reform in tyrannical governments. Some were journalists exposing government corruption. Others were human rights workers speaking out against the unjust treatment of women. And some were Christian pastors planting churches in Muslim countries.  They suffered beatings, imprisonment, and death threats. Finally they forced to flee their homes, their family and their jobs they sought asylum and safety in the US. Once in America, they slept on park benches or cars. Some went days without eating. Others cried themselves to sleep every night in their loneliness, longing to see their families again.

Upon arriving in America, asylum seekers file paperwork asking our government for protected status. They aren’t given housing, food or legal council to assist them in their claim. To make matters worse, they are not allowed to work for months or even years, to pay for these expenses themselves. I learned about the huge chasm between the resources available to refugees versus that of asylum seekers. Met at the airport by a government-funded resettlement agency, refugees are taken to a furnished apartment and offered a range of services, including ESL training, food, rent, pocket money, and job development.

When my summer job at CST ended, I took a job at a refugee resettlement agency, RST, Refugee Services of Texas. This freed me up to become friends with the clients from my past job at CST. There were two girls from Rwanda, the same age as me, 22 at the time, with whom I developed a strong friendship. They shared their difficulties regarding not having a work permit. One of them had even gone from apartment to apartment, knocking on doors, looking for a place to stay. Though newly married, my husband and I decided to invite the two girls to live with us.

Some people thought we were nuts, but the situation turned out beautifully. These girls taught me how to cook and dance Rwandan style. I offered them a listening ear when they needed to talk through things from their past. Eventually, one found a situation as a nanny, and the other was granted permanent status and became a nurse. Each moved out, but we remain good friends.

God continued to bring asylum seekers on the verge of homelessness into our home. I felt compassion for these people because of the difficulties they endured. I realized that I didn’t choose to be born into American freedom and safety. If I were in their situation, I would hope someone would open their door to me. Taking these people into our home became a rhythm of life for us. At one point we ended up with six adults living in our little house.

More than my spare bedroom

Then, my life took a drastic turn at a refugee conference in New York. I met a woman who helped start a ministry through her church to house and help asylum seekers in Manhattan. We bonded through our love for asylum seekers and she took me to an off-Broadway play about an asylum seeker. On the subway ride back to the hotel, this woman shared with me about ministry to asylum seekers. There are many organizations across America tackling the problem of housing asylum seekers. However, no organization existed in Dallas/Fort Worth, despite a high population of asylum seekers. “There is a hole in your area. There is a need there,” she said. She encouraged me to invite others along in the work I was already doing. She inspired me to start an organization.

I had no idea how to start this ministry or organization. But over the following weeks I began to feel a peace and an excitement about moving forward with it. I took a leap of faith. I met with church pastors asking them if I could start a member-driven ministry to house, feed and welcome asylum seekers. To my surprise, the pastors gave me the green light. They offered support, oversight, and wisdom through the launching process and beyond. After some research, I conjured up a plan for what we would do and how we could do it, recruiting a handful of helpers from the church. DASH, officially, began receiving and caring for asylum seekers in the summer of 2012.

One of the most difficult parts of launching this organization was the decision to quit my job at the refugee agency. I loved the work and the people there. But, ultimately I made the decision to leave. I wanted to successfully launch this organization, be there for the asylum seekers, and have time to be a mother to my son. Some people didn’t understand why an educated woman would make a decision to do work without pay. It was the deep conviction that this is where I am supposed to be and the love and support of my husband that helped me through it.

DASH started out small, literally just me and a couple of friends using our own money and time to house, feed, and befriend a couple of asylum seekers. Despite the expected messiness, God grew this ministry beyond our wildest dreams.

Where we are now

Today, a year and a half later, DASH is thriving and has 18 asylum seekers in the program, and graduated a dozen others into self-sufficiency. We’re currently renovating our donated, 6-unit apartment building. YES! DONATED! DASH currently provides around 1,400 meals per month to asylum seekers and their families. Above it all, many beautiful, helpful, life-giving friendships are building.

I pray that no matter how DASH changes or grows, that we never lose our value of relationship. I pray we never just check off a to-do list of services for asylum seekers, but really get to know them, love them, and let them into our lives.

Ephesians 2:8-10 says this about faith, and I believe it holds true for DASH:

“This is not your own doing; it is a gift of God, not of works, so that no one may boast. We are God’s workmanship, created in Christ Jesus to do good works, which he prepared beforehand for us to do.”

Some may look at what’s happening in DASH and say that it is small or unimportant.

But to those who put their life on the line to stand up for what they believe…
to those who’ve experienced so much trauma…
to those who know the desperation of having no place to lay their head…
to those didn’t know from where their next meal would come…
and to those were dying inside from feeling utterly alone…
to these brave friends who we love and serve…
to them it means the world.

Individually, we may never change the world. But we can change the world for one person, or even a few people, and that is exactly what I think you and I were made to do. And it may start with something as simple as taking a lonely girl out to celebrate her birthday and inviting in a stranger.

The comments are closed.

Regarding the American Delusion of Boundaries